← more from
Cold Blow
Get fresh music recommendations delivered to your inbox every Friday. 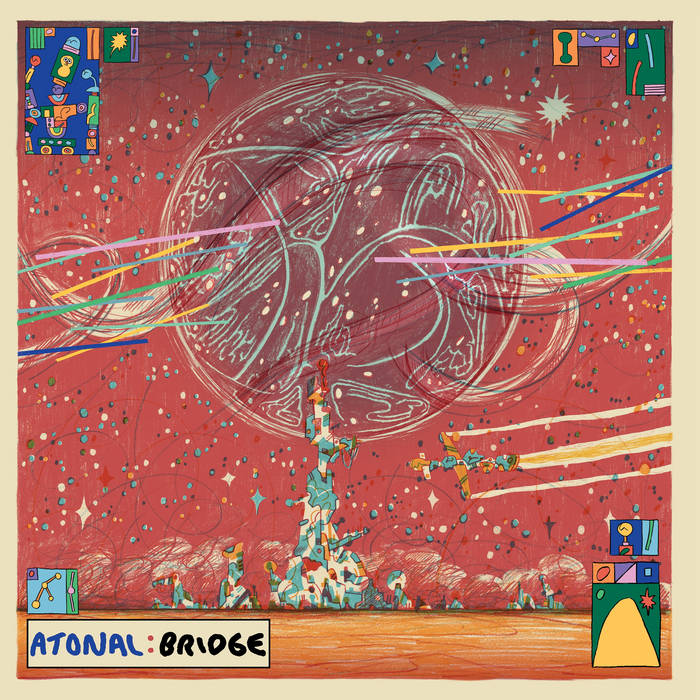 “I first met Kieran in about 1992 via a local newspaper advert for a bit of gear he was selling. I drove over to his flat to view the piece of equipment which I can’t remember now what it was. I ended up not buying it but we discovered we had a mutual interest in the same kinds of electronic music like Kraftwerk, Neu!, Throbbing Gristle, Cabaret Voltaire et al and had both bought the first Aphex album. I remember being impressed by the quality and size of his record collection which took up one whole wall of his flat. Also, he had some nice analog gear like an OSCar which also impressed me!

Anyway, we became firm friends and eventually he played me his own music and I thought it was superb (especially how he managed to get a resonant filter sweep out of an Ensoniq EPS16) and at the time Metatone was just starting up and I thought it would be great to put his music out on the label. Unfortunately for reasons I won’t go into here I managed to only put out 2 tracks on the compilation CD and Metatone folded soon after. So please enjoy this sublime album which has been lovingly put together by the guys at Cold Blow”

“These are early electronic musings at a time when the sounds of techno were daring to leave the club and inhabit an altogether more intimate place.”
- Robbie G, Igloo Mag

"An essential must have for anyone with an interest in deep and experimental UK Techno, Bleep and the early IDM of Aphex and Mike Paradinas"
- Decks.de

"A delicate, bold, techno dive from the bedroom into the vast inner universe"
- Lighthouse Records

We are very proud to present to you Kieran’s debut album, following the 2020 EP “Cithare”. Just like the EP, this album consists entirely of tape archive material that he produced during the first few years of the 1990s. We have carefully edited long studio takes into album friendly pieces, and meticulously restored the sound which still retains some of the hiss and the patina of time, giving it its warm hue. Please, enjoy.

Kieran would like to give a big shoutout to J. M. Adkins & all at Cold Blow.
Thanks to Theresa, Evan, Jacob, Cameron, Molly, James, Grant, Cliff & Carole.

Bandcamp Daily  your guide to the world of Bandcamp

Lance Skiiiwalker joins the show to discuss his most recent releases